A yellow jacket worker is about 1/2 inch long. They are short and blocky. They have alternating yellow bands on their abdomen. Queens are about 3/4 inch long.

There are eight different types of yellow jackets. They are considered to be beneficial because they hunt other insects. Unfortunately for them, when they nest near or in your home they must be dealt with. The two most common and dangerous in and around your home are the German and Western yellow jacket.

They are a social wasp and live in colonies containing workers, a queen and males. Adults feed on items rich in sugars and carbohydrates. Larvae feeds on protein.

During the warm days in April and early May fertilized queens that have over wintered search for a new nest sites. Every colony is started by one queen. She will not use old hives.

Queens prefer places like hollow logs, in stumps, under bark, in ivy, in soil cavities and voids in homes. Once the queen has found a home she will start making a nest and laying eggs. Some nests are made on tree branches and on the exterior of buildings. The queen feeds the larvae for about 18 to 20 days. Until the first workers hatch after they pupate.

By mid-June the first workers emerge to take up the task of expansion of the colony. They hunt for food, care for the queen and defend the colony. Until the queen's death, usually in the winter, she will remain in the nest laying eggs. Because the Bay Area has mild winters some yellow jacket colonies can overwinter.

The nests are made from chewed wood pulp and saliva and have one entrance which always has at least one guard posted. Over the next few months the colony expands rapidly, reaching its maximum size of 4,000 to 5,000 workers. During this time workers are looking for protein to feed the brood. They search out sweets and carbohydrates to maintain the workers and the queen.

In order to make flight patterns easier for an ever growing colony, workers will excavate the entrance of the colony. They will cut out ivy to increase flight activity to and from their nests.

Yellow jackets are very defensive of their colony. When they are disturbed they will ring the entrance with workers prepared to attack anything that moves.

At short distances they can fly up to 30 mph and can bite and sting repeatedly. Since their stinger is straight they do not loose it after they have stung something as do honey bees.

In the fall after the next generation of queens and males are produced, the remaining workers look for more sweets to sustain what is left of the colony. As food becomes scarce the remaining works dwindle, usually leaving the nest to die, as does the queen. New fertile queens will overwinter, waiting for spring to start the cycle again. 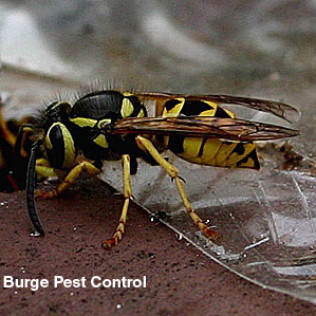 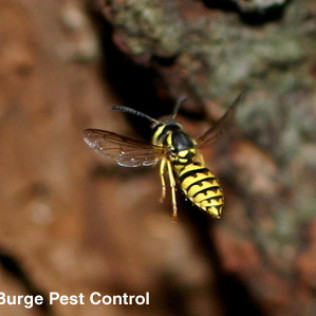 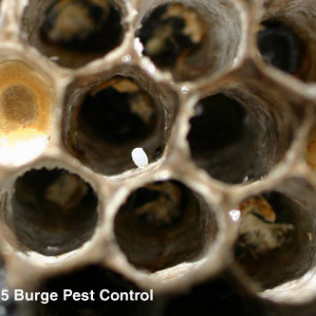 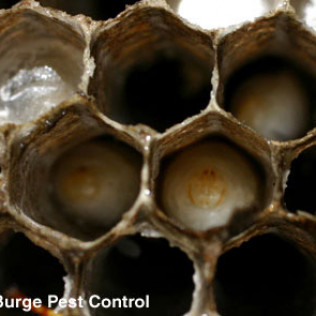 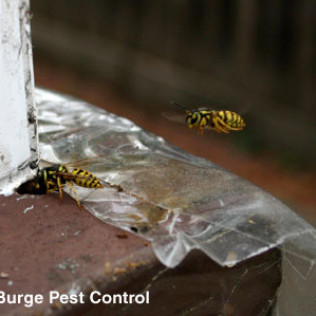